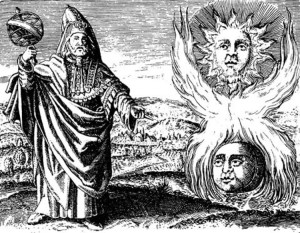 But that is just a cover.

Because though alchemy has been quietly relegated to a quirky novelty of early societies, it is more advanced than any of our current ‘technologies’ in terms of its potential for granting individual self-determination.

In this sense, it is a revolutionary system of the highest order.  And this writing is about one of its most weaponized components:

The Emerald Tablet is a mystical text , said to be carved into emerald and found between the 6th and 8th centuries in a vault below a statue of Hermes in Turkey.

In the hands of an old corpse on a golden throne.

It is said to have been written by Hermes Trismegisti, the original prophet of alchemy and its spiritual power.

For higher order alchemists, the Tablet contains a coded identification of the prima materia and the secret of its transmutation.

In other words, it reveals the primary element of all matter in the earthly dimension, and the process through which one can alter or transform it.

And in terms of spirituality, you only have to read the first line of the Hermetica to grasp how alchemy may be the only valid “faith” on earth:

For there can be no Religion more true or just, than to know the things that are

The Tablet has profound scientific value as well.

Because it contains a general theory for the nature of reality that is more systematically comprehensive and innately logical than the current (unfinished) model. Which is limited in its revelation by the post-reductionist methodology of quantum physicists.

At one time, Hermetic texts were the most dangerous and guarded in the world.  That is because they gave practitioners the power to create some thing from no thing, and thus be the creators of their own experience on this plane.

Not dependent on the church for salvation.

For this reason, the Tablet is written in code. Designed to deter and ween out those who have not snapped up the mystical key – intention! – to unlock its value.

But don’t let that deter you.  The Tablet is a recipe for Harry Potterian power, and the journey to its revelation begins with the hard work of learning what you do not know. 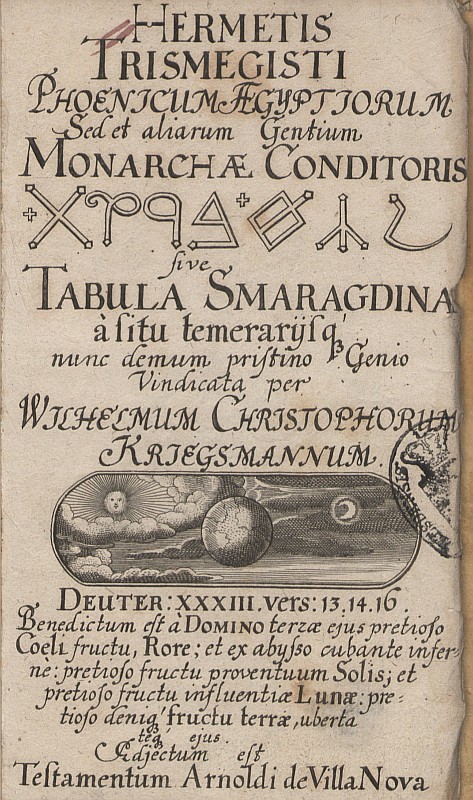 The Translation of the Emerald Tablet according to Isaac Newton:

Tis true without lying, certain and most true.

The Sun is its father, the moon its mother, the wind hath carried it in its belly, the earth is its nurse.

The father of all perfection in the whole world is here.

Its force or power is entire if it be converted into earth.

Separate thou the earth from the fire, the subtle from the gross sweetly with great industry.

It ascends from the earth to the heaven and again it descends to the earth and receives the force of things superior and inferior.

and thereby all obscurity shall fly from you.

Its force is above all force. For it vanquishes every subtle thing and penetrates every solid thing.

So was the world created.

From this are and do come admirable adaptations whereof the means (or process) is here in this. Hence I am called Hermes Trismegist, having the three parts of the philosophy of the whole world

That which I have said of the operation of the Sun is accomplished and ended. 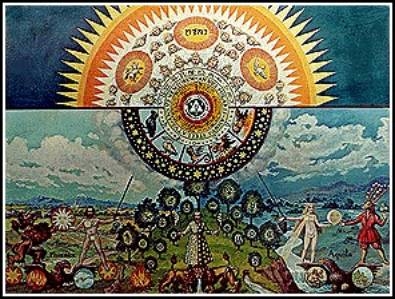