Child prodigy, rebel icon, zen guru, Alan Watts was the philosopher king of the 60s counter-culture. At the age of seventeen, he experienced a mystical state which revealed the unity of spiritual and material worlds. And so began one of the most storied interior quests of the twentieth century.

During Watts’ lifetime his particular brand of wisdom pierced the conformist, Cold War society to appeal to the youth being drafted into a system they’d long stopped believing in. Besides leaving an indelible mark on the leaders of the sixties social movements, his council was solicited by corporations and the Pentagon. In this sense, Alan Watts was the ultimate cultural double-agent: a mystical trickster, courted by the same institutional elites who were fighting to sustain a societal paradigm that Watts was encouraging his young devotees to reject and transcend.

His enduring message asks us to see reality in a different way; to understand ourselves as components of a cosmic Self; the implications of which are different for every person whose life he has touched. Unfazed by his own shadow, and the one cast by the social order, he introduced a kind of commentary that was both ancient and ultra modern, and delivered it with an authenticity prized in today’s millennial culture.

I spent a lot of time with Watts’ writing and recordings recently and transcribed many of them into my journals.  Watts was without question, for me, one of the greatest mystical teachers of the 20th century.  Here’s one of my favorite Watt’s riffs from a talk in the 60s:

To control the world is not really what we want to do.

So if all explanations have as their function enabling us to control things, then maybe an explanation isn’t what we wanted. And furthermore, we can very simply see, what makes things complicated is explaining them. When somebody explains to you how a flower works… everybody stands fascinated. “How complicated that is. How clever God must have been to create that flower… to have all the complexity going.”

It isn’t complicated at all.

That’s as complicated as trying to drink up the ocean with a fork. It takes forever.

So this intense complexity that we see in everything is created by our attempt to analyze it all. And so what we do, when we analyze, we use our eyes and ears as scalpels. And we dissect everything. And we have to put a label on every piece we chop off. And so we scalpelize and we get it right down to atoms…

There is no end to the minuteness that you can unveil through physical investigation. For the simple reason that the investigation itself is what is chopping things into tiny little pieces. And the sharper you can sharpen your knife, the finer you can cut it. And the knife of the intellect is very sharp indeed. And with the sophisticated instruments that we can now make, there’s probably no limit to it.

But in a way, all that is vain knowledge. In a way. Because you see… what it does is it gives the illusion that you’ve solved your problems. When have controlled certain things and you have solved certain problems. Practical problems. You say “fine, more of that please. Let’s go on solving problems.” And you create a world of people as we are today who are far more comfortable than the ones who lived in the 19th century.

But the problem is that we keep running into this thing that all constant stimulations of consciousness become unconscious. And when we take it as a matter of course to have certain comforts, then we switch the level on which we worry. When we solve a whole set of problems, people find new ones to worry about. And after a while you begin to get that haven’t we been here before feeling. Because we don’t realize we’re chasing our own tails, by a constant recurring process of not knowing who we are.

That is hide and seek.

Ever more came out through the same door as in I went.

And the thing is to get to the point where you can see that you are doing that in every moment of your existence, with every tiny little atom of your body. You, now at this minute, you see, are the whole system. Of inning and outing.

In other words, you often think perhaps… maybe a long long time ahead I shall reach the point where I wake up from manifestation and overcome the world illusion and discover that I am the Supreme Reality behind all this diversification. My friends, there is no diversification. In other words, what you call diversification is your game. In the same way as you chop the thing and say it is made of pieces. Because you forget that you cut it. 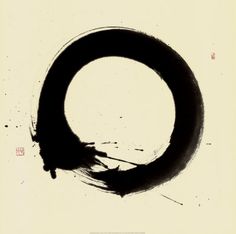